Noemi Alvarez recently retired from NYC DOE. Noemi Alvarez began her career as an educational assistant in District 10 and then earned her way through various titles and positions such as teacher, staff developer, bilingual coordinator, dean of discipline, UFT chapter leader, School Leadership Team Chair, Building Response Team Coordinator and Data Specialist, etc. Noemi briefly left District 10 when she began her career as an assistant principal and served her first year in that capacity in District 7 where she herself had been educated. Throughout her time as an administrator Noemi supervised English Language Learners, Bilingual Education, School Budget, Health, Science, Gifted and Talented Middle School Program and the Arts. She has demonstrated strength in working with all students especially with those experiencing social/emotional issues and needs. Her work with families, teachers and entire school community has given her great acknowledgement and recognition as a dedicated true professional educator.

Migdalia Carrillo retired as a DOE high school principal in 2012. As a graduate of Fordham University, she has worked as a mentor for aspiring supervisors and teachers at Fordham University. Mrs. Carrillo founded and created a high school in the Bronx for the DOE’s small schools initiative. She currently works as a consultant for educational organizations that provide support to New York City and Yonkers public schools. With a special interest in English Language Learners, Mrs. Carrillo also conducted several workshops on classroom management, transitioning from elementary to middle and middle to high schools for teachers and parents. Mrs. Carrillo personally enjoys helping teachers find creative ways to engage students in the learning process – making learning fun!

Maribel Castillo has worked for 33 years to address the needs of the school communities she serviced for students, families and staff members. Retired as an Assistant Principal with an MS in Administration and Supervision from Bank St. College, Principal’s Institute, MS in Ed. from Fordham University, Lincoln Center, she has worked as a Middle School teacher and an Elementary Educator with ELL students and families to provide services that include choosing appropriate remedial and gifted services, Fine Arts Education, Nutrition & Health Education. She is a passionate grant writer awarded over $200,000.00 for Arts improvement projects and she continues to pursue parent and child outreach projects with neighborhood CBOs.

Dr. David Fletcher is recognized as an educational leader in the Bronx. He is a faculty member and former chair of Lehman College’s School of Education. Dr. Fletcher has a special focus on restorative practices, restorative justice and social justice-based servicelearning in K-12 schools, higher education, school health, career explorations, and in collaboration with community educational partnerships. One of his major goals is to support students continuous achievement and participation in their communities to contribute to the improvement of the quality of life for themselves, their families and neighborhoods. Dr. Fletcher has earned a PhD from New York University in English Education, a Master of Arts in Special Education from the University of Michigan, and is currently completing a second masters in restorative practices at the International Institute for Restorative Practices. He has also managed and participated in a variety of school and extended school day programs for Lehman College and CUNY, including Advantage Afterschool, GEAR-UP and 21st Century Community Learning Centers.

Kenyatta Funderburk is the founder and Executive Director of  Community Change, Inc. He developed the Community Change Model and the CareerVisions Model as approaches for community organizing and career explorations, respectively. These two models are at the foundation of all CareerVisions, LTD. programs. He has taught these models as courses at Lehman College, and has trained several adjuncts who have also taught separate courses on each model there. He has raised more than $20 million for his programs over the years. In 1999, he achieved his Masters Degree in Human Services at Lincoln University, PA. In 2009, Mr. Funderburk worked with U.S. Department of Education – 21st Century Community Learning Centers (21st CCLCs) through Development Without Limits to identify and examine the best practices in high school 21st CCLC programs across the country. Additionally, he has won numerous awards in recognition of his innovative programs for young people, including The After-School Corporation’s (TASC) Promising Practice Award and the Partnership for Afterschool Education’s PASEsetter Award.

Lorilet Monegro, M.S. CCC-SLP, TSHH-BE, is President and Founder of LM Bilingual Speech-Language Pathology Services, P.C. She holds current Certificate of Clinical Competence in Speech Language Pathology from the American Speech-Language-Hearing Association (ASHA). She currently serves as a clinical supervisor at the Lehman College Speech and Hearing Clinic, and is an adjunct lecturer at the college in the Department of Speech Language Hearing Sciences. Ms. Monegro has worked in conjunction with other professors in the area of language and literacy at Lehman College’s Literacy Clinic. In addition, she is a clinical field supervisor at Long Island University-Brooklyn Campus since September 2015. During her free time, she enjoys exploring art as a means of expression and creative medium, focusing on metalinguistic and metacognitive, and generative/constructivist paradigm for learning. She has done work with preschoolers through her independent Creative Minds Crafting Arts workshop, in collaboration with local visual artists in the Bronx. Ms. Monegro received a Bachelor’s of Science Degree from New York University, and a Master’s Degree of Science from Long Island University. She also completed Columbia University’s Bilingual Extension Institute. She maintains certification in Speech-Language Pathology, and is licensed in New York State. She also holds a permanent certification as a Teacher of Speech and Hearing Handicapped (TSHH), and a bilingual extension to this certification from kindergarten through the 12th grade. She is also trained in P.R.O.M.P.T. technique.

Robert Natal has worked in education since 1981 as an Administrator, Researcher, Professor/Instructor, Dean, Counselor, Grants Writer, Recruiter and Tutor. He has completed his B.S. in Science Education (1979), an M.A. in Educational Administration (1981) and completed his course work for his PH.D. in Higher Education Administration all from New York University (NYU). Mr. Natal’s professional experiences include working in a variety of genre including: College/University (NYU, Hunter College, Touro College and Lehman College), Public Education (recently retired after 23+ years teaching math and science for the NYC/DOE) and Non-Profit funded programs (Health Career Opportunities Program/ HCOP/NYU; Science Technology Enrichment Program/STEP/Hunter College; and Recruitment Academic Program for Sciences/RAPS/NYU). He has worked with gifted and talented, as well as, the academically challenged student and has used his bilingual skills (English/Spanish) to work with students at all levels. His extensive grant writing experienced has served Mr. Natal well, in being able to acquire funding from external sources to service the needs of the student cohorts he has had the pleasure to work with.

Eva Olivo began her educational career as a paraprofessional before becoming a teacher, which she did for sixteen years. Most recently, Mrs. Olivo was an Assistant Principal, where she oversaw 6th and 7th graders, ELL students, registration, and several departments, including the Arts Department, the Physical Educational Department, and the Health Department. As the Building Response Leader, she was responsible for conducting safety meetings, submitting the safety plan of the school and teaching the staff and students about soft and hard lockdowns. Previously, she acquired an administrative license, which enabled her work to at the District Office in the Bronx for nine years as the Director of Student Support Services and then as a Regional Administrator. In this capacity, she oversaw programs for students in temporary housing, attendance, suspensions, registration, and school transfers. She also provided professional development to the guidance counselors and secretaries of the 168 schools in the district.

Joseph Ransom has worked at the senior management level in the public administration and non-profits sector since 1995.  He has managed program portfolios, ranging from $2M – $41M, on both the grants allocation and recipient sides of the sector.  Recently, he was the Executive Director of a Bronx-based, multi-service, Catholic Charities affiliated agency, with an operating budget of $1.25M.  Currently, Ransom is a Senior Consultant with Capacity Building Consulting, providing administrative, development, and organizational support to non-profit agencies in diverse at-risk communities in New York and New Jersey.

Susana Rivera earned both her Bachelors and Masters degree from Lehman College. She has over sixteen years of experience working with The City University of New York (CUNY) and the New York City Department of Education. She is currently the Assistant Director of the College Now Program at Bronx Community College. College Now is CUNY’s largest collaborative program with the New York City secondary public school system.

Nancy Shearer started her career as an educator at Christopher Columbus HS in the Bronx.  After seven years of classroom teaching, she made a lateral move to the Superintendent’s office on Lafayette Avenue in the Bronx, where she worked as a Vocational Specialist.  She later served as a Employment Developer for District 75 in New York City. After seventeen years of working for the Department of NYC, I was hired as a Special Educator for Yonkers Public Schools. She worked in the area of Professional Development under the direct supervision of Joseph Farmer, Superintendent of Yonkers Public Schools, at the time. Ms. Shearer worked as an inclusion teacher for a number of years, having worked at Yonkers Middle High, Riverside HS, and retiring from Lincoln HS.

Maria A. Thomas began her teaching career in day care, then moved over to the Board of Education as a fourth grade teacher. The two combined teaching positions totaled 28 years. For the remaining 10 years, she became a techie and Math Coordinator for District 8, where she set-up Apple labs for 27 schools; and trained parents, teachers and administrators. She was an assistant principal for District 7, then moved on to become a Math supervisor for the Bureau of Nonpublic Schools for 4 years. She ended her career as a technology teacher for a school in District 3. She has been retired for 5 years, occasionally subbing as a technology instructor and technician.

Dr. Carolyn Tyson is prolific and dedicated educator who recently retired as an Assistant Principal from the New York City Department of Education. Her permanent certifications include those in School District Administration and School Administration and Supervision. Dr. Tyson received her Doctorate in Education and Leadership from Saint John Fisher College, Rochester, Master of Science in Education and Administration from Fordham University, Master of Science in Education, Language and Learning from the College of New Rochelle, and a Master of Science from the State of New York. In addition, she is a licensed Chaplin for New York Task Force and recipient of her Bachelor of Science in Speech Pathology from Lehman College. Dr. Tyson’s passion is social justice for incarcerated youth and advocates for services and supports for students with disabilities and English as a New Language (ELL). 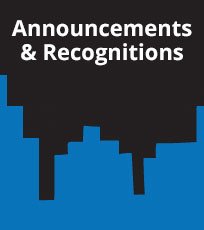 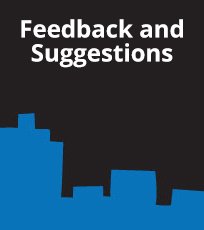 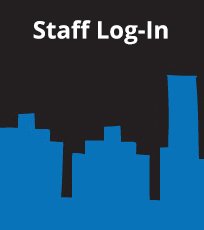 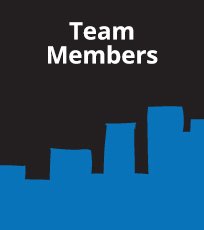 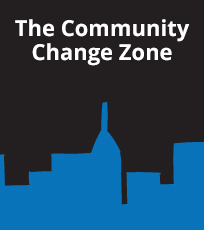